In today’s interview, I had the chance to speak with the singer-songwriter who’s being labeled “one of the most refreshing voices in music”. At only 18 years old, the LA based artist, Lila Drew has quickly gained attention for her smooth vocals over r&b influenced pop beats, most evident on her latest single “November”. With Lila juggling between school and a budding career, OA was extremely fortunate to get the chance to speak with Lila about her debut last October, the creation process of her songs, and much more…

Before we begin, would you like to introduce yourself?

A: Hi, I’m Lila Drew, I’m a singer/songwriter in Los Angeles, but spent my childhood in London. I am also 18 and am a full time student in my senior year of high school.

If I’m correct, you’ve only been releasing music since 2018 right? How has the experience been so far?

A: Yes! I put my first song, “faded/2am” with GoldLink, out in October of 2018, and my second song, “november”, out in November of 2018. The experience has been super positive! I was honestly pretty nervous to put out the first song – the idea of putting yourself out into the world and never being able to take it back definitely freaked me out… Since the songs have come out, I’ve just been surprised at how many people have heard my music and how supportive my friends and family has been. There’s something really special about people you’ve never met understanding and connecting with music I made basically in my bedroom – it’s a really unique and poignant feeling.

Both of your songs are very R&B and Pop inspired, I’m curious to know the type of music (artists or genres) you grew up listening to?

A: I grew up listening to a huge array of music. My dad had an insane collection, and I immediately fell in love 60s and 70s music. I remember hearing Stevie Wonder’s Songs In The Key Of Life and Aretha Franklin’s I Never Loved A Man The Way I Love You and Led Zeppelin’s Houses Of The Holy for the first time, those were my very first vivid memories.

Once you made the decision to pursue music, how did you go about it? Were you already actively writing and recording or did you learn those things along the way?

A: I started singing in choir when I was six, and songwriting when I was eight, so things just progressed very organically and naturally! I started making my own demos, first on GarageBand, and then on Logic and Ableton, and learned to harness my production and writing abilities through that. I don’t think I ever made a decision to pursue music, it was just a huge guiding force in my life and I could never imagine myself doing anything else.

Now, back to your music. You released your first single “Faded/2AM (featuring Goldlink)” in October. What was the creation process for that song?

A: I started writing faded/2am on the way to the studio one day. I was in the car (stuck in traffic), and as I was about to put my headphones in, noticed the absence of noise in the car, which stood out to me. I am constantly surrounded by sound – by other people and by music – and the silence felt so strange. That’s when I opened up the notes on my phone and wrote the first line of the song, “I’m scared of the silence / how it flutters through my room / it just feels violent / I think you feel it too.” The rest of the song kind of flowed after that, I actually ended up writing 12 verses for faded/2am. We ended up going with the first verse! The recording and production of the song was really specific, I knew that the song was my favorite one I had written, and wanted everything to be as close to perfect as possible. GoldLink brought a whole new element to the song that I absolutely love too.

Your latest release “November” has also seen moderate success, can you explain what the song is about for those who have yet to hear it?

A: To put it simply, “november” is a nostalgic story of childhood innocence and the natural duality that comes with growing up and getting older while trying to hold onto those bits of youth and purity. It goes through some of my earliest memories, “sitting in your backyard or driving in your dad’s car,” but also expresses my fears of growing up. 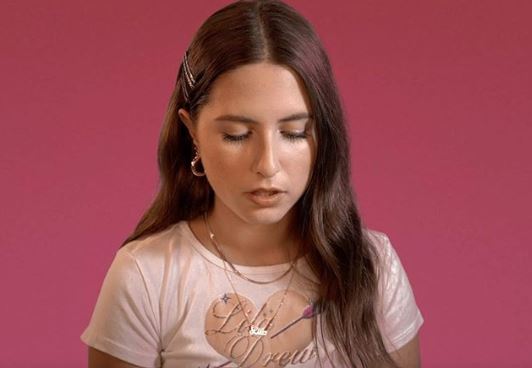 As I mentioned earlier, you are a new artist. Are you excited about your future as an artist? What are some of your goals for 2019?

A: I couldn’t be more excited. I have so much more music to share and I want to explore some new sonics and sounds. I am planning to release at least one EP (maybe two!) in 2019 with some weird visuals to go along with each song. I also want to get to play more live shows!

Before we end the interview, are there any words of wisdom (advice) you can give about reaching your goals/dreams; and if there’s anything you would like to say to your supporters, please feel free to do so.

A: It sounds cheesy and cliche, but follow your instincts! No one knows you better than you, so try to find a balance between your own creative mind and others’ advice – I’m still working on this 🙂

Make sure to stay updated with Lila by following her on: