In today’s interview, I get the chance to speak with Bermudian vocalist, Bassette. The singer, currently based in London, has been around for about three years and after a small hiatus, is preparing for a major comeback early next year. In this interview, we discuss the struggles of debuting, the journey of finding her voice, and what’s inspired her from the start.
Enjoy the interview 🙂

Before we begin, would you like to introduce yourself?

A: My name is Bassette, I’m 24 years old. I’m originally from Bermuda but, I’m based in London. I sing, write songs, laugh a lot and procrastinate too much!

Q: How would you describe your sound for those who have yet to hear your music?

Q: Your songs are generally about love & the complexity of it – why do you think you gravitate towards this topic? Where do you usually grab inspiration for these songs?

A: Everyone and anyone around me. I’m a good listener so my inspiration comes from friends, stories or situations mainly and also growing watching too many Jerry Springer episodes, observing trash relationships. (lol)

Q: Your latest song “Bermuda” – which you’ve described as a “celebration of wholehearted love” has received praises being called “infectious” and “tranquil”. As someone involved in 100% of your music, what is it like to hear praises like that?

A: It feels great to be honest! It’s scary releasing something you’ve created or taken part in creating, you don’t know how it’s going to be received. Just because you like it, others may not and that’s OK but it’s a long process from the creation of the song to actually releasing it so when it’s received well and given it’s praises it makes the whole process worth it.

Q: For a period of time, London did not have any major artists producing R&B music, which is the category you tend to work around. I’m curious as to who some of your musical influences were growing up.

Q: You’ve stated that you only started pursuing music while in university. Was music always a “what if” type of career (dream career) in your mind, or was there a specific moment that you realized you wanted to do it professionally? Did your family support this decision?

A: I’ve grown up knowing I was going to be a singer, I just didn’t know how or whether it was realistic. My family wanted me to go down the route of school: university, get a job but I wasn’t feeling that so I thought London is the best place to be to pursue music.

About 2 years into my move to London, I just didn’t want to be at university anymore, I was there for the wrong reasons so I left and decided to focus wholeheartedly on the music. My family are my biggest fans now!


Q: The first time we heard music from you was in 2015, with the song “Cool Waters” which received buzz from indie music platforms (such as this) – what was the experience of writing and releasing your first song like? – were you nervous?

A: Wow! Cool Water is still one of my faves actually but I’ve removed it from online.

With my first releases, I would just write in my room, so I have notebooks and notebooks filled with lyrics and ideas. I would take my lyric and melody ideas to a producer and they’d work their magic and make it into a song.

With my first EP (which is not available online anymore) I was still finding my sound and who I was as an artist so I feel it was incomplete and wasn’t synchronised or the best I could do, so I removed it. One song from my first EP is still online though.

Yes! I’m always nervous when it comes to releases and everything else.. I’m just a nervous person lol 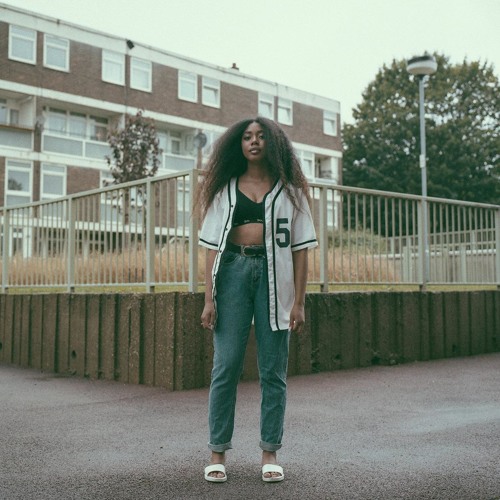 Q: You followed that up with the release of your debut project Midnight Sounds. How did that project come about?

A: Yes, Cool Water was part of the Midnight Sound EP, which was released late 2015. I just wanted to release a body of work to be honest but again, I didn’t really understand my sound or where I was at musically so felt it was a bit rushed! I’ve removed it now!

Q: Around this time, London had been experiencing a new wave of artists, specifically in R&B, did you ever feel pressured into “fitting” the sound or did it influence you even more to get your music out there?

A: It definitely influenced me more to get out there.

A: Yes, I love collaborating. You can give two artists the same beat and the end results will sound completely different because each person adds their own personality and flavour so I love working with other people and hearing their ideas.

I would love to work with Beyoncé of course. Even just observing how she works, her creative process and learning her work ethic!

Q: Speaking of “Boys with Guitars” – what inspired you to release two versions? Did you specifically reach out to these artists for a collaboration?

A: Yes, we reached out to both and loved what both of them did on the track so release both versions. 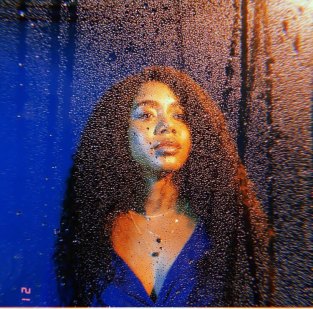 Q: After “Boys with Guitars”, we were hit with “Bermuda” which we spoke about earlier.

If I’m correct, this is the first visual you’ve released to accompany your music. What was the process of recording a music video like?

Jack A Bowden directed the video with his team, so it was just fun vibes and positive attitudes all around. Ash Halliburton was the creative direction and built the set as we went along so all scenes were shot in one studio and built on the day! It’s pretty amazing now that I look back on it.

Q: As someone who’s been active for around 3 years now, I’m curious to know what part about being an artist is the most gratifying?

A: I love when people cover my songs! Like wow, you liked it enough to learn the lyrics and make a cover video! I always love watching them and I love seeing dance choreography to my songs as well.

Also, I love hearing the final product. When ideas you’ve had in your head have come alive!

Q: What are some things you’ve learned since getting in this position? Are there any words of wisdom you can give aspiring musicians when it comes to patience, work ethic, etc.?

A: Accept help from others, teamwork makes things happen. Remember that you see the finished product, artists don’t expose the hard work, time & effort that goes into a release

Q: You’ve remained relatively quiet for 2018 but is there anything we should be excited for within the year – early next year?

A: Yes! I have a whole project coming out during the early parts of next year! it’s actually done, we just need to sprinkle some extra sauce on each track. We’ll have our next single out early next year!

Q: Is there anything you would like to tell your supporters?

If you enjoyed the interview and would like to hear some of the music featured: