In today’s interview, I get the chance to speak with Korean-Canadian R&B vocalist, Junny. In a span of his career, he has produced more music and content than some established artists, which is more than enough of a reason to check him out! His consistency and quality music has attracted a cult following throughout the world and this is just the beginning. In the interview, I got the chance to speak to him about his roots, remaining creative, and much more!

Q: Hello; Before we start, would you like to introduce yourself?

A: Hello, my name is JUNNY and I’m a soundcloud artist based in Vancouver.

Q: Originally from Korea, your family moved to Canada when you were young – do you remember there being any significant changes – at least in the cultural aspect?

A: I moved to Canada when I was 4.The whole process of adapting to a new culture didn’t apply to me since I was so young!

Q: You’ve kept close ties with Korea whether it be slipping words or phrases in your music – do you feel it is important to acknowledge your roots? Do you think it’s important that anyone acknowledge their roots?

A: Even though I was fully aware of being raised in Canada, I always wanted to show that I understand/appreciate the Korean culture, and I’m always thankful to my parents for giving me the freedom to experience both cultures at the same time. I always believed that wherever you may be, home is where the heart is.

Q: Is music a profession you always saw yourself being in or was it more of a hobby that developed into something more?

A: I’ve always enjoyed listening to music and singing was one of my major hobbies throughout my elementary/high school years but things started getting serious for me as soon as I graduated high school. I suddenly realized that I was now becoming an adult and needed to choose the right career path. Having two older brothers that successfully pursued their careers from their hobbies gave me the confidence to let music become my future.

Q: Were there any musicians you were influenced by? Any that made you think “This is what I want to do with my life too” ?

A: Too many to choose from! But to name a few, I was greatly inspired by western R&B singers like Chris Brown, Ne-Yo, Usher, etc. As I got older I started to listening to Korean R&B and that was when I realized it wasn’t about race, or stereotypes that make the music. It’s the passion and creativity that drives an artist to create something amazing.

Q: When you decided to take music seriously, did you have your family’s / friend’s support?

A: Luckily I have parents that are very supportive and like I said from the question earlier, I have two older brothers that really helped me gain my confidence. My friends always new that I could sing but when I told them I was going to actually pursue this as a career, they never hesitated to support me.

Q: Since your debut, you have released 3 projects, 1 collaborative project, countless features, and more. Did you see all of this happening in such a short span of time when you started?

A: No, not at all and for me to even have a following and people listening to my music around the world is unbelievable. I would have never imagined myself being where I am now and I am very thankful for that.

Q: How have you remained so consistent? Do you think this consistency is what helped you gain a fanbase?

A: It may sound ridiculous but I actually felt like I was just having too much fun being able to collaborate with such talented people and I never thought about the amount of songs I put up. I just constantly wanted to make more because I loved every part of the process.

Q: Speaking of fanbases, do you have a name for your supporters yet?

A: No I don’t think I’m at that level of fame just yet! Haha.. Even if I eventually got to that point I wouldn’t be able to think of one because I am the worst with names 😦

Q: Because you are so consistent, does it ever get hard to remain creative?

A: Now that I’ve released a number of tracks it does get a little difficult trying to put out better music every time but I’m always being inspired by other artists which makes me switch up my style from time to time.

Q: You’ve performed a number of times, what are your favorite songs to perform? What are some tips you can give when it comes to performances?

A: I’ve actually haven’t performed in a while but when I did I loved performing “시간지났어(I’m Good)” Which was one of my first songs I’ve ever made. I’m more excited to perform in Korea this summer with the Monderland crew!

Performing is always a little nerve-racking but I tend to remind myself to keep my head up and try to engage the listeners because I’m not singing for myself; I’m singing for them.

Q: I know one of your goals is to perform in the biggest music venues in Korea. Would you ever consider moving there to help further your career?

A: I’m actually going to Korea in a couple days to really experience the music scene there and I’m planning to go back and forth, eventually ending up living there when I the time is right.

Q: As you mentioned earlier, you are in a collective called Monderland; this collective features upcoming Korean musicians such as Yelloasis – with whom you’ve released a collaborative project Interior and a number of songs with. I’m curious as to how y’all met?

A: I first contacted Yelloasis through Soundcloud after listening to his mixtape. We exchanged our contact info and started to collaborate on a few songs eventually leading us to starting a collective in order to help each other grow since we have that mutual respect towards our music.

Q: Is there something about his artistry that you admire? What makes him one of your most frequent collabs?

A: Working on a collaborative project with someone overseas is usually a really difficult task because you’re not able to be in the same place vibing to one song. Making Interior I’ve never felt so comfortable working with someone and we realized that we feel/hear music in a similar way. It was never intentional to feature him so much in my music but the dude has a phenomenal voice and it’s hard not to think of him as my first choice.

Q: As I’ve mentioned, you have done countless features/collaborations – are there any upcoming/current artists you would like to collaborate with? Do you have any dream collaborations?

A: I’m always down to collaborate with artists whoever it may be if the music is good I’m up for anything. In terms of dream collaborations I would love to work with Eric Bellinger because he has been a huge influence in my music this year.

Q: I know you write and produce a majority of your music. What advice would you give aspiring artists when it comes to creating music and staying focused?

A: I’m nowhere near the level to give advice to others but If I had to, I would say “be open to listen for any type of music for inspiration and always enjoy the process.” 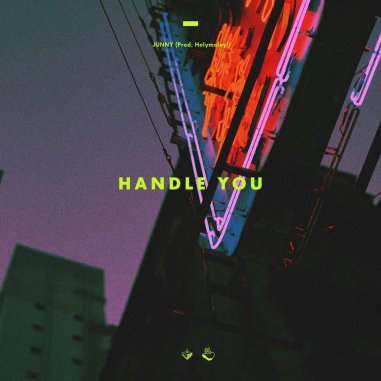 Q: In March you released your third project, Genuine which features the hit song “Handle You”.  What was your creative process like while you created this project? Was it similar / completely different from the process of your first two?

A: This album was definitely different for me since I just put out a collab project four months ago.

The process was more personal this time since I had the freedom to go a direction I was comfortable of taking. The whole time working on this project I constantly told myself “this is for you” reminding me that this album is mainly for the listeners/supporters that have made me become who I am as an artist. That is why I included that phrase in the intro track of the EP.

Q: How do you think you have evolved as an artist since your debut?

A: I haven’t had my official debut yet but looking back at who I was two years ago, I’m happy to say that I am proud of what I have accomplished and there is not a single thing that I regret in terms of music. I feel like I’m just getting started!

Q: What are some goals your hoping to accomplish throughout the year?

A: I really want to perform more this year so I can get to meet my listeners and really connect with them!

Q: Lastly, is there anything you would like to tell your supporters?
A: Hey everyone! Thank you so much for enjoying the songs I put out and I’m constantly trying to improve myself as an artist/person and it would not be possible if It wasn’t for you. Being in a position to make someone feel a certain type of emotion through my music is definitely a dream come true for me and I wake up everyday feeling grateful for all the support. As always, thank you for the love and I hope to make you guys proud in the future 🙂

To listen to more of Junny’s music make sure to follow his SoundCloud and Spotify.