Meet upcoming singer / songwriter Paige Bea. This London native has been in the spotlight for the last couple of months due to her impressive debut “Pick Up Your Heart” which was released in November. I got the chance to speak with her about feelings leading up to debut, future collaborations, and much more!

Q: Before we start, would you like to introduce yourself to the readers?

A: Sure thing. My name is Paige Bea and I’m a singer-songwriter from the burbs of London!

Q: You officially debuted last November, is it sort of surreal that you’ve launched your career as a musician? Is this something you’ve always wanted to have a career in?

A: Yeah totally, I’d spent a lot of time telling myself and other people that that’s what I wanted to do, but actually making that decision at 22 (which is kinda old) and finally getting somewhere was in a way unexpected but simultaneously, completely inevitable. I have a deep need to communicate whether that be through languages, writing or music, but singing is where I feel most at home.

Q: What were some of the emotions you experienced leading up to your debut? (if you remember) (Ex: anxious, excited)

A: As anyone in music knows, releasing music whether it be one track or an album is an incredibly lengthy process so I think the nerves had kind of dulled themselves by the time I actually released, I was just ready for that song to not be just mine anymore. And I was, and still am, intrigued to just see what kind of reaction (if any at all!) my music might provoke.

Q: When you decided to pursue music, did you have the support of your inner circle? (family / friends / peers)

A: Yeah definitely, I mean I don’t think my parents really believed I was actually going to do it but they have always given me a lot of space to work out how I want to live my life, and that’s super important and I’m so bloody grateful for that. Now that I’ve started releasing and they understand how the industry works a bit more, they’re even more supportive. And my friends seem to love it – if they don’t, they haven’t told me yet!

Q: Are there any words of advice you could give aspiring musicians – specifically, those who are concerned about what others will say?

A: I’m not sure how much of a position I am in to be giving advice, but I suppose what I’ve learnt so far is that you have to 100 percent believe in what you are doing, because if you don’t no-one else ever will. Also, don’t be afraid to make mistakes, or fail, or be bad at something for a while. If you care too much what other people think, or think that you might look stupid if you fail or you think, “well I’ve written a couple of songs and they’re bad, so that’s that”…. That’s just a bad attitude. You can get better at everything else (songwriting, aesthetic, your instruments) provided you have true passion for it. Oh, and don’t compare yourself to others on social media, that will just make you very very sad. (Guess I did actually have quite a lot of advice…) 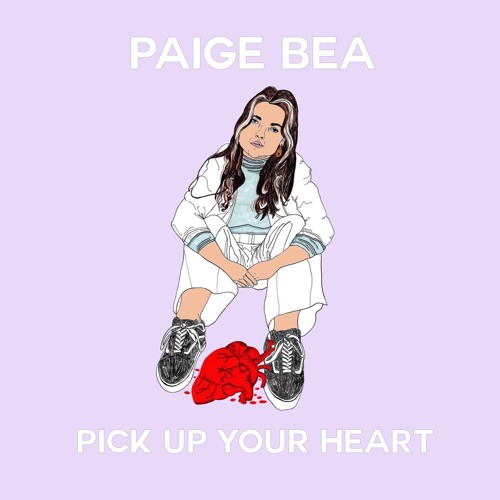 Q: You released your debut song “Pick Up Your Heart” along with its video in November. What was the inspiration behind the song?

A: I’d sung at a funeral the day before for a girl who was about my age when she died and I just sat down at the piano and thought how ridiculous it was that we’re so passive, and we complain so much about things in our life that in the grand scheme of things, just don’t really matter. I know it’s all relative but I just felt kind of compelled to write something about that. I also hate writing conventional love songs, I think there’s so much else to be written about. Having said that, the next tracks kind of are about relationships, but hopefully not in a way you’d expect…..

Q: Since its release, critics have described your voice as having an “effortless sense of soul” “immaculate” and “rich, soulful” ; Did you ever imagine that people would respond to you so well?

A: Yes because I am totally amazing. Nah, I’m kidding. I absolutely was not expecting it, and it’s so interesting to see all the soul comparisons as I definitely wouldn’t define myself as a ‘soul’ singer as such, but it’s definitely a big compliment.

Q: Growing up, who were some musicians that influenced you?

A: My parents listened to a pretty diverse range of musicians, my Dad was always playing Moby, Moloko or Sade and my mum was really into Carly Simon, Phoebe Snow, Roberta Flack, Janis Ian. And just like everyone else, I spent most of my teenage years trying to sound like a Joni Mitchell/Jeff Buckley fusion but I don’t think it really suited my voice. It wasn’t til I was a lot older that I started listening to neo soul and rnb music, but I remember hearing Erykah Badu’s “On + On” or Jill Scott’s “Love Rain” and being like that’s closer to where I want to be. I think I’m now swaying a bit more towards electronic/rnb music, but we’ll see…

Q: Are there any current artists that you are influenced by?

A: I’m really into this French electro rnb artist Bonnie Banane at the moment, she’s a bit nuts and I appreciate her slightly bizarre aesthetic. Oh and I’ve just discovered Dutch-Iranian trip-hop/rnb singer Sevdaliza, it’s pretty dark but I’m into it. Also you should check out this Irish rapper Kojaque, he’s got some big things coming his way. 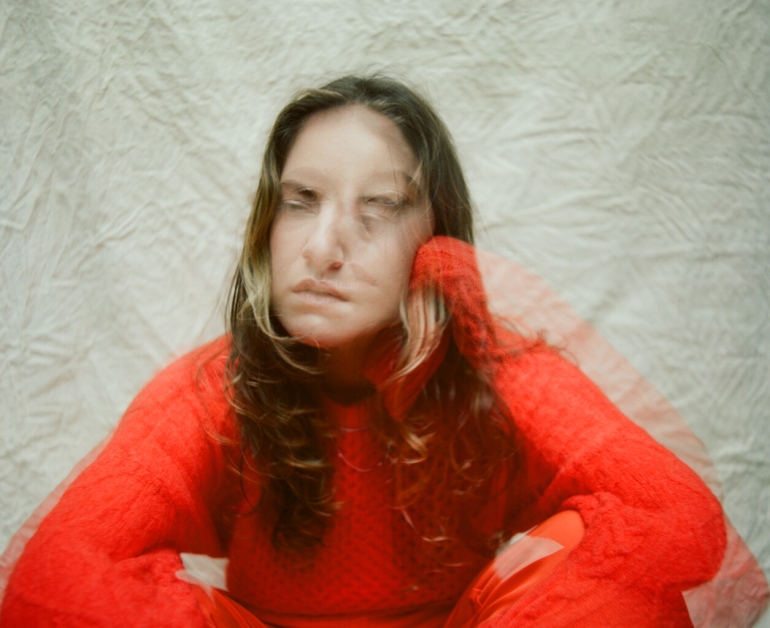 Q: South London has been a hotspot for new music recently with artists like Ms. Banks and Mina Rose gaining international fame. Are there any artists coming out of there that you would want to collaborate with in the future?

A: I’d like to croon with Puma Blue and if Loyle Carner wanted to spit some bars on a track of mine, that would be great.

Q: Do you have any dream collaborations?

A: It’s always changing really, but probably Dev Hynes (Blood Orange, Lightspeed Champion). He’s kind of a magician, everything he does is just next level, he was kind of the architect behind Solange’s A Seat At The Table. Or maybe Dave Okumu, he’s worked with Jessie Ware, Rosie Lowe, Connie Constance, Nilufer Yanya etc.

Q: Are there any international musicians you’d want to work with?

A: *See above!* – Maybe add Kelsey Lu, I really like what she’s doing at the moment. Watch her “Boiler Room” set in Iceland, it’s magical.

A: I think people in New York and LA would totally get what I’m doing, and I’d like to move to Paris at some point in the next five years and try out the scene there.

Q: Some artists value sharing music through live performances; I know you’ve performed a number of times – do you remember what your first time performing was like?

A: Yeah it was really nerve wracking, I’d never played my guitar and sung at the same time, and for some reason there was a bunch of industry people there and I kind of wanted to die. I tend to get quite a lot of adrenaline on stage though and I tend to thrive off it in the end. (95% of the time…)

Q: Is that something you look forward to (or dread) when it comes to being an entertainer?

A: It totally depends, sometimes the vibe can just be a bit off and you’re not feeling like yourself and you sort of psych yourself out. I’ve found that a very large glass of pre stage wine helps for some reason.

Q: I know in London there are two very notable stages every artist, both local and international,  dreams to perform at: The O2 and Royal Albert Hall. Can you see yourself performing there in the future?

A: I’m not sure, it depends what kind of music I end up making. I don’t know if my music is suited to big arena shows. I was at Nick Hakim last week at Koko and that’s now definitely on my list of venues.

Q: Aside from performing, what are some of future goals for your music and your evolution as an artist? How do you hope to affect people?

A: I want to take risks, I want to create something that’s completely new, that people struggle to put into boxes. I feel like so many people in music have stopped taking risks and I really want to push myself, and the people that listen to my music. That doesn’t necessarily mean creating something experimental or abstract, but I don’t want to just create “another neo-soul, rnb song about love” – I want to try to use interesting instrumentation and deal with topics in a new way.

Q: Lastly, is there anything you would like to tell your supporters?
A: Buy my song on iTunes.

Make sure to support Paige’s music by following her on: SoundCloud, Spotify

To watch her video for “Pick Up Your Heart” click here.