Meet LA singer/songwriter Brandy Haze. Perhaps one of my favorite vocalists in the last year, Ms. Haze sings almost effortlessly over every R&B/Hip Hop infused production she’s released. I got the chance to speak with her when this site was only a thought and she has been nothing but supportive of it. Throughout the interview we get to discuss her beginnings, musical influences, and much more.

Q: For some readers, this may be the introduction to who Brandy Haze is, would you like to introduce yourself?

Q: You’ve been in the industry since late 2014, is music something you’ve always been interested in? When did you decide you wanted to do this professionally?

A: I’ve told everyone since I was two that I would be a singer.  I just didn’t know how to get in a studio or how to work towards a music career until 2014.  I honestly thought you had to already be important to book studio time.  After my Partynextdoor medley, which was the first song I ever recorded professionally I decided I wanted to leave my current job and pursue music.

Q: When you decided to become a musician, did you initially have the support of your family and friends? What kind of advice could you give someone who may not have that support?

A: My parents always supported my music, but always treated it more as something people do as a hobby. They were definitely disappointed when I quit my job, but I think as they see me progress they start to understand that it is possible for me to succeed in music.

A: I think who I am in music is who I am in person. I’m a very blunt and straightforward person, but also the nicest person you’ll ever meet. I think when it comes to relationships, I just know what I’m worth. I don’t tolerate disrespect.

Q: Who are some of your musical influences? What about them influenced you?

A: My favorite singer is Frank Ocean. I think his ability to paint a picture with words and melody is amazing.  Previous to Frank, as a young girl I fell in love with Toni Braxton, Keyshia Cole, Whitney Houston, and of course Brandy, because they truly represented my definition of an R&B singer. 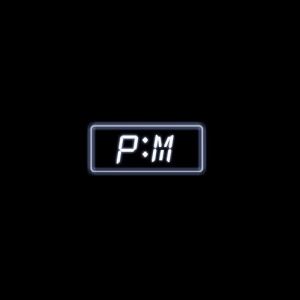 Q: Your first official song “P:M” was released July 2016, since its release it has accumulated over 25,000 plays; were you nervous about how it would be received? How does it make you feel to know this many people enjoy your music?

A: That’s definitely one of my favorite songs that I put out just to make my start in showing the world I am a creator and not just someone with a voice.

Q: Since P:M, you’ve consecutively releasing songs such as Conditional, Tell Me (Ft. Jrèy), Day & Night, and Breakfast. Do you think being consistent has helped you gain your fanbase?

A: I definitely feel consistency and quality has helped me gain my fanbase.  I would love to be more consistent and plan on releasing more music more often in 2018.

Q: What is your normal process when creating a song? Do you ever hit creative blocks?

A: You can’t really call any creation process normal, because there is no correct way to start. I definitely will hit creative blocks and I might call some friends to try and help or I might just have to keep on living life and then come back to the song later.

Q: When do you know that a song is complete and ready to be released?

A: It’s definitely just a feeling. Songs should make the listener feel a certain way and when I think the song embodies that feeling that when I release it.

Q: A majority of your music is considered R&B but you have toyed around with genres such as House, (ex: Day & Night); do you think it is important for artists to explore different genres or should they just “stick to what they’re good at”?

A: I definitely love mixing genres of music and feel I can create any type of music. I think exploring genres is a good thing and can help you relate to more people.

Q: As mentioned above, your music is typically R&B. For the longest time there was music of the genre being played on the radio; what do you think about the re-emergence of the genre due to artists such as Bryson Tiller, H.E.R, and Sabrina Claudio making it popular again? Do you think it’s a good time for artists trying to pursue a career in the genre?

A: I think R&B is evolving; but I think as long as you’re passionate and connected to what your singing and saying, there is an audience out there willing to listen.

Q: Who are some of your favorite current artists out right now?

A:  My favorite artist is Frank Ocean. His words and the imagery he uses in his music is phenomenal.

Q: Is there anyone you are looking to collaborate with in the near future? Do you have a dream collaboration?

A: I listen to a lot of people on SoundCloud and Apple Music. I would love to collaborate with up and coming artist like Steve Lacy, Hare Squead, and Elhae.

Q: If you had the ability to choose what decade to start your music career which decade would it be and why?

A: I think right now is perfect, because the internet has opened up a platform for people to be heard and become popular without Labels.

Q: If you had the opportunity to travel & share your music where would you go?

A: I definitely want to go to London in the next year. I actually have a small fan base there as well. Hopefully I can find an open mic or somewhere to perform at out there.

Q: Is there a certain event that you would want to perform at?

Q: Is there any advice you can give to aspiring artists?

Q: Last but not least, is there anything you want to tell your supporters?

A: Thank you for supporting me and I hope I can continue to release music that inspires or moves you.

To hear more music from Brandy follow her on: SoundCloud

Be sure to listen to her latest singles: Old Ways (Prod. ENT) & Oh My (Prod. Gawdbros)